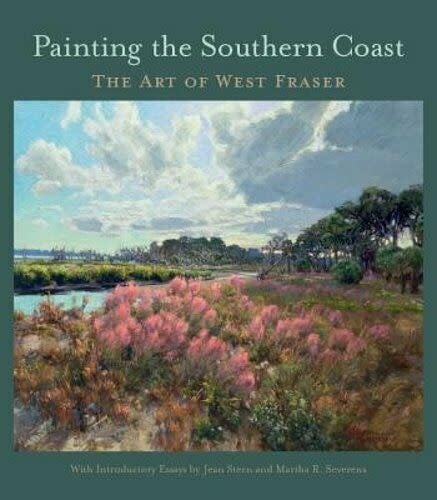 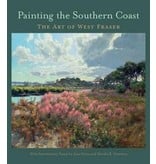 A mastery of his medium and the scope of work ensure his place in southern art history. A true son of the lowcountry, Fraser has dedicated much of his career to capturing the lush, primordial beauty of the Southeast's coastal regions that have been altered by man and time. The 260 works in this book are representative of the sketches, studies, and finished paintings he has generated over his nearly forty-year career, works that depict coastal locales from Winyah Bay, South Carolina, to St. Augustine, Florida, and include Charleston, Hilton Head, Savannah, and the islands of the lowcountry through the Golden Isles of Georgia.
Fraser's goal with each of his paintings is to create a portrait of what he calls "my country." He captures on canvas not only the visual beauty of the landscape, but the spirit and soul of each place. From the sultry streets of Savannah to the winding waterways and unique environs of the region's sea islands, the works included offer a view of the land he loves. Fraser augments his visual tour of the coast with original maps of the region and location coordinates of each painting, enhancing the viewer's knowledge and appreciation of the region as well as Fraser's artistic gift.
Painting the Southern Coast: The Art of West Fraser includes essays by Jean Stern, executive director of the Irvine Museum, and Martha R. Severens, Greenville County Museum of Art curator (1992-2010) and authority on southern art. Fraser has also written an autobiographical essay in which he discusses the experiences and influences that have shaped his work and his life as one of America's noted landscape artists.

Add your review
0 stars based on 0 reviews